Today marks the halfway point of my time in Europe. It's been great, and has gone quickly. I spent 4 hours one Saturday morning researching my Anabaptist lineage back to 1660, and read up a bit on Jakob Ammann (namesake of the Amish). I took a train that afternoon down to Erlenbach im Simmental, which is still in the canton of Bern. I walked up the side of a mountain, stopped at the church that contains murals from around 1300 A.D., then hiked (and hitch-hiked) further up to Thal to an old house and barn where Jakob Ammann was born in 1644. The view from up there as dusk fell was amazing, the sound of cowbells on the mountainsides was somehow peacefully pleasant, and the reality of where I was standing was surreal.

“Where are you from?”

Two common questions, especially for the traveler. But since my researching that Saturday morning and exploring of the region that afternoon, they stir in me a plethora of thoughts, unknowns, and emotions.

His beliefs, choices, and influence have trickled down through over 300 years of history—and affected me.

He is the reason my great-great-grandparents fled religious persecution in Switzerland to the farmlands of Alsace, France in the 1600’s.

He is the reason Louis XIV later forced them out of France in 1712.

He is the reason they boarded a ship to the United States of America in the 1800’s to avoid military training.

He is the reason I was born in Allen County, Indiana in the 1900’s.

He is the reason I quit school after 8th grade, started college late, and ended back up in his hometown in 2015.

(I really feel like this next line of text should contain some punch line or climactic statement… but…. I got nothin’.)

I got nothin’ but a bunch of childish questions. What is my life? What is history? What is 300 years? How can the connections to my ancestors be so close yet so far away? What is the 21st century? Airplanes and space exploration? iPhones? Selfies? PayPal and the Internet?..... (Also, who is Elon Musk?)......

Even as a kid growing up in a culture so unique to the 20th & 21st centuries, the world has always seemed so big to me. My dream was to be able to fly. Giving rockets and robots—along with homemade noodles, cinnamon rolls, Rube Goldberg machines, and potholders—a chance in the world by my hands was all that concerned and consumed me. My love of learning is an inherent part of who I am, but what I am and where I am rests heavily on that one man.

Granted, a host of other factors influenced my ancestors’ decisions, not the least of which was their personal faith, and in their day they were closely linked with the Mennonites. So saying that he is the reason could be a little….. I think you get my point.

While it may be easier to see how we are the product of the past, we should ponder carefully that our decisions will most definitely influence the generations of the future.

The Video — 6 Months Down Under in a Minute 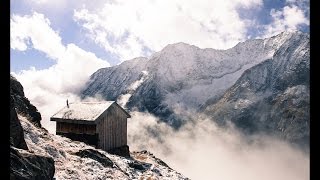 The Video — 6 Months Down Under in a Minute

Pictures of the Journey